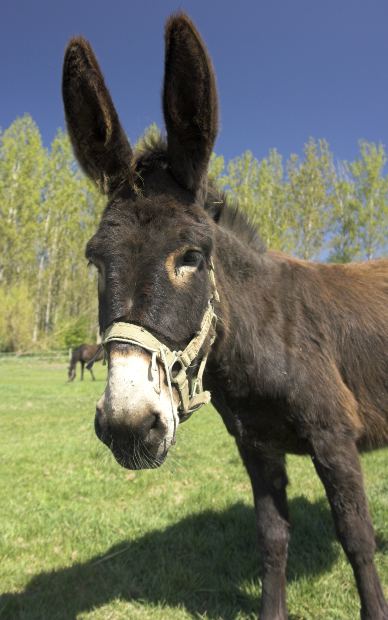 I see donkeys like this one tied outside of several restaurants around town.

Before the idea of eating donkey meat offends your sensibilities, bear in mind that horses have been eaten all over Europe for ages, and in some dishes, is considered quite a delicacy. I had a horse tartare in Lucca, Italy that was sublime. But still, the majority of Westerners do not eat horse or donkey meat. So when I learned that donkey is readily available all over Kunming, I knew that I had to give it a try. Donkey meat is a specialty of Muslim restaurants here, but you can also find it on the menu of non-Muslim restaurants here and there. I found it at one of my favorite little Chinese holes in the wall, and I simply had to order it. After all, I had never really had the opportunity to try it before in my life.

I am not sure why, but I was expecting the meat to be tough, sinuous, chewy, and gamey. I suppose I had assumed donkey meat to be a sort of last choice, something to eat when you were low on money or when beef was not available. I have to say that trying this dish completely changed those perceptions of donkey meat. It is now one of my preferred dishes, and I order it whenever I can. So what is donkey meat like?

The green of the herbs offsets the rich burgundy of the meat.

Chinese tend to prefer their meat in thinly-sliced, bite-sized pieces, cut against the grain of the meat. Preparing meat in this way makes it the most tender that it can be. And like many Chinese dishes in family-style restaurants (meaning simply, daily restaurants, not upscale or fancy ones), the donkey meat is basically sautéed with the seasoning herbs and vegetables, all in one pan. This dish is as simple as possible: the meat is complimented with red chili peppers and coriander (cilantro). Seasoned only with a little salt and probably a dash of MSG, it seems to be even free of garlic, which is almost a universal ingredient in Chinese dishes.

The flavor of the donkey meat itself, far from being what I had imagined, was rich and deep, like very good beef but richer. It carried a very earthy, winey quality, something akin to a good Burgundy wine. The flavor was savory and complex, having a bold, mushroomy, tongue-coating, almost tannic element. It really was like the protein version of red wine. It did not have a gamey quality at all, but it did have the humus-like deepness that supermarket chicken, for example, lacks. And the fresh, citrus, almost spiciness of the cilantro was the exact opposite, creating a dish of contrast, neither element overwhelming the other, but both working together in a delicate balance.

My very positive experience with donkey meat speaks to the benefit of trying new things, not only gastronomically, but in all of life. I know many people would be repulsed by the thought of eating donkey, and there was a point in my own culinary evolution when I would have felt the same. But because I was willing to try something new, I have now added a delicious dish to my diet, and I have also experienced a part of another culture that I had never known before. Sure, sometimes trying new things does not end up well (ever tried durian?). But more often it does, and no matter whether the specific experience is positive or negative, trying new things expands our minds and spirit. We can connect more with the world and with each other, when we allow ourselves to move out of our own familiar cultural, linguistic, and culinary zones. So whether it be donkey meat or something else altogether, the next time you have a chance to try something new, take it! You will not regret it. 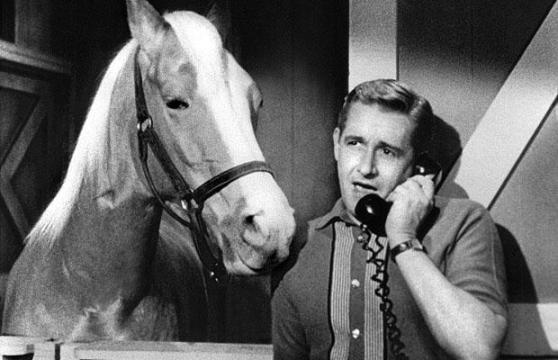 Sorry, Mr. Ed, but donkey meat is quite tasty.

7 thoughts on “To The Neighsayers: Donkey Meat is Delicious!”

Friends at the Table

Friends at the Table